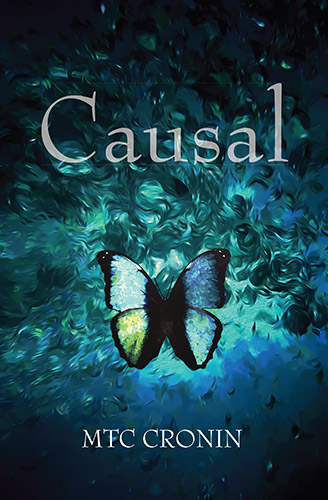 If Margie Cronin were Pablo Neruda, or John Ashbery, or Frederick Seidel, for example, she’d be all over the NYTBR, NYRB, Paris Review, and etc. But she is Margie Cronin (and not that she could have been anyone else, to be sure). Think Lorine Niedecker, poets, ca. 1975, if you’re looking where to put your “money.” Not that anyone should expect to make anything from investing in poetic outliers... Or that Cronin is anything like Lorine Niedecker, either. But I’m just saying.

MTC Cronin's Causal is one of the great long poems. It works on the reader subliminally and immediately. Cronin is a real original. Her books both reinvent form and move off into territory that is indelibly her own. Causal reads as the sensational verse novel of a parallel universe – simultaneously a spellmaker and spellbreaker. 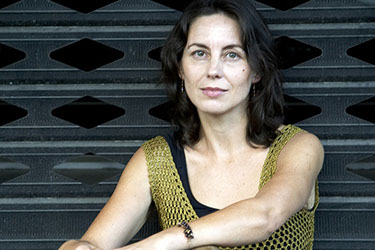 MTC Cronin has published twenty books (poetry, prose poems and essays) including a collection jointly written with the Australian poet, Peter Boyle. Her work has won and been shortlisted for many major literary awards, both internationally and in her native Australia, including the Gwen Harwood Memorial Poetry Prize, the Stand International Poetry Prize, the Josephine Ulrick Poetry Prize, the Newcastle Poetry Prize, the Artsrush Poetry Prize and the James Joyce Foundation’s Suspended Sentence Award. She has been twice nominated for one of North America’s most prestigious literary awards, the Pushcart Prize, and in Australia her books have received numerous accolades (see publication list below). Several of her books have appeared in translation: The Ridiculous Shape of Longing (Macedonian) and Talking to Neruda’s Questions, which has been translated into Spanish, Italian and Swedish. Other individual translations of her work have been into Bengali, Mandarin, French, Italian, Bosnian, Serbian, Croatian, Macedonian, Russian, Swedish, Dutch, Catalan, Spanish, Austrian and German. She has two collections forthcoming in 2018: a book of prose poems, God is Waiting in the World’s Yard (Puncher & Wattmann, Sydney) and her book-length poem, Causal (Spuyten Duyvil, New York).