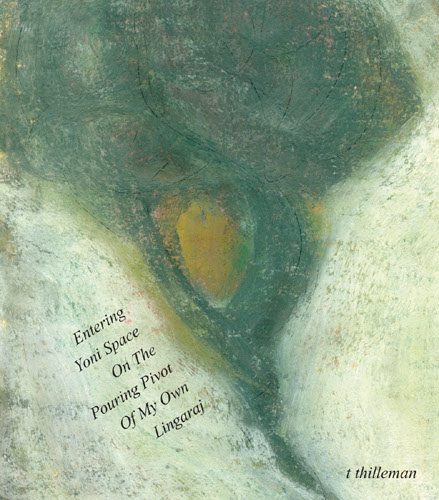 Entering Yoni Space On The Pouring Pivot Of My Own Lingaraj

Essay alongside selections of "Snailhorn" drawings

"Everything that comes into the plane of the work has already gone through the materialization of idea and identity and inner revelatory space. The plane, the paper, the boards with the smeared pastel are never trying to make a picture of any of that innerness: it is already a picture and already resides in the materiality of the pastel. The concept of picture-making has given way to the inception of the pastel in correspondence with all matter. I am not drawing out revelation but am simply allowing the pastel to speak for itself by providing a series of surfaces for it to expose the inceptual leap my writing pursues as it moves out of its inner narration." 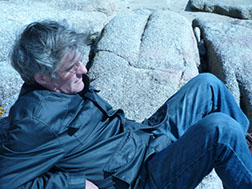 t thilleman migrated to New York from the Mid-Western State of Wisconsin in the early 80s. For a brief period he worked for Pace Editions and the artist Chuck Close on handmade paper editions under the direction of the late Joe Wilfer. Through-out the 90s he helped edit Poetry New York and their pamphlet series. He is the author of more than a few poetry collections including Three Sea Monsters, Onönyxa & Therseyn (opening book for an extended work, Sketches), and the novel Gowanus Canal, Hans Knudsen.