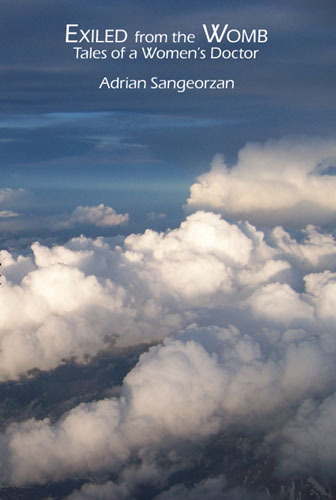 Exiled from the Womb

Tales of a Women's Doctor

This memoir presents us with a new Candide, a young optimistic gynecologist, adrift in a Communist nightmare, and then suddenly face to face with the doubtful “paradise” of a New World. Whether it comes to providing healthcare for desperate women in Romania, who’ve been forced to have unwanted pregnancies by a tyrannical dictator, dealing with right-to-life fanatics in New York or navigating the bewildering bureaucracy of a Manhattan hospital, Sangeorzan always maintains a refreshing sense of irony, a courageous compassion and a knee-slapping spirit of humor. He embodies something that’s been missing from the American scene since William Carlos Williams: the poet-doctor—a person who works to heal our all-too-impermanent bodies without sacrificing the sensitivity, intellect and humor that nourish our minds and souls.

One has to be bold and independent in order to be a writer and to be a surgeon. Adrian Sangeorzan understands intuitively with his heart and talent—and that is what he tells his reader in every story. This is not a belle lettre but a real voice talking about real things. 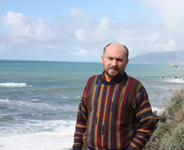 Adrian Sangeorzan was born in 1954 in Bistrita-Nasaud, Romania. He graduated from the Medical School at the University of Cluj, Transylvania and worked as a doctor in communist Romania until 1990 when he immigrated to the United States. He lives in New York and works as a specialist obstetrician and gynecologist. His volume of memoirs and fiction titled Between Two Worlds: Tales of a Women’s Doctor was published in Romania in 3 editions and got the Prize for Fiction, 2005. He published several collections of poems: The Anatomy of the Moon, 2010, Tattoos on Marble, 2006, Voices on a Razor’s Edge, 2003, Over the Life Line, 2002. He is also the author of the novels The Circus in Front of the House, 2007 and Vitali, 2008. His works are featured in several anthologies and literary magazines in the US and Romania. He is co-translator into Romanian of Naming the Nameless: An Anthology of Contemporary American Poetry, 2006.