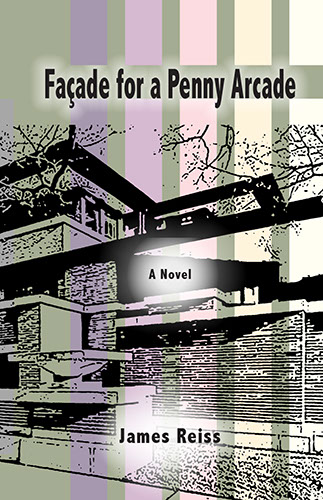 Hooray for Facade for a Penny Arcade! James Reiss’s big, audacious, buoyantly literate novel is an endless delight to read and ponder. Cheers all around.

—Adrienne Miller, author of The Coast of Akron

Arnie Gross is a real-life architect and dream-architect of a perfect edifice: his own story, the story of “A.R. Gross, war baby, man of his generation, designer of lofts and ladies’ rooms, husband of someone asleep in the middle of life. . .” Arnie’s story is both a blueprint and a finished work of anarchical mastery—wild and provocative—yet set down with authority on a solid foundation.

James Reiss, one of our finest and most fearless poets, weighs in with a glorious new novel, Facade for a Penny Arcade. Architect Arnie Gross is among the most vivid and memorable characters to grace a novel in years. “Onward Judeo-Christian soldiers!” Arnie shouts in one hilarious moment before sex. You’ll laugh your way through this book, it’s true, but more importantly, as in only the best fiction, you’ll feel as though you’ve a lived a life, a genuine life, warts and everything else. I for one am grateful for the window inside.

—Peter Orner, author of Am I Alone Here 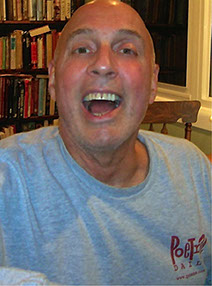 James Reiss grew up in upper Manhattan and northern New Jersey. For many years he was an English professor at Miami University in Ohio, as well as Founding Editor of Miami University Press. He is the author of six collections of poetry, including The Breathers, Riff on Six: New and Selected Poems, and The Novel, as well as the author of the novel When Yellow Leaves and the editor of Self-Interviews: James Dickey, His work has appeared in such places as The Atlantic, Esquire, The Nation, The New Republic, The New Yorker, The New York Times, The Paris Review, Poetry, Virginia Quarterly Review, and Slate. He lived near Chicago, where he passed away at the end of 2016.