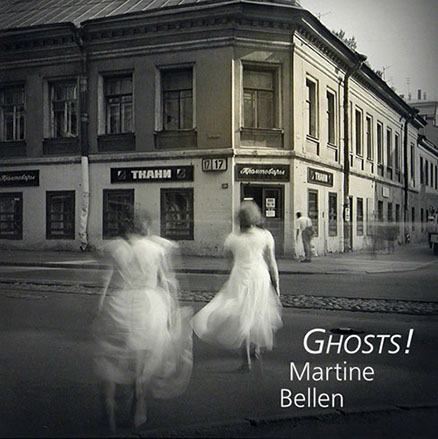 When one thinks of ghosts, one imagines beings that are both literally and figuratively unresolved. Like a flickering fluorescent bulb, a ghost occupies the liminal space between life and death, presumably because of an unfulfilled need for closure. Bellen, whose Tales of Murasaki and Other Poems won a National Poetry Series award, carries this theme forward in her current collection with a lyricism more germane to the living than to the recently departed. Her work is unfailingly musical even while sacrificing none of the concrete details of the quotidian. When she reminds the reader that “each line in a poem can’t avoid acting as a series of questions,” she shows a concern for the worldly that transcends the merely personal focus of more mainstream verse. VERDICT Not satisfied with making us phantom observers, Bellen situates us directly in the center of her poems while emphasizing that the best questions (and the best lines of poetry) remain open and, like the ghosts themselves, unresolved.

Sketched within three series of poems, a woman's story reflects and refracts through the brackets of life and death, and the "story," as I have called it, never manages to dry into any flat sort of wholeness. How to see her? It would be like defining what Ingrid Bergman was like through the six films she made with Rossellini. What happens in Ghosts! is, on the other hand, strikingly similar to what happens to Ingrid in Europa 51 and that one with George Sanders--we change, change utterly as the words mount up to our waists like dry leaves in a red country.

The latest from Bellen surveys an imagined underworld, but seems more at home in the spiritual heights. Long lines, vaunting proclamations, and confident invocations of Freud, St. Augustine, pagan gods, and digital codes find the poet's spirit, and the spirits of lovers, fathers, enemies, friends ...

Contemporary poems on the ancient past have to be ghosts.  They are dragged through the inscriptions of strangers until they become something ethereal and gray.  And in that spectral light, as we know, colors become brighter as if shining from rain.  This is how I read these poems and find them fresh.

Martine Bellen’s fabulous new collection Ghosts! is a mosaic fable of descent and return in which a postmodern Cinderella who “likes to fuck and fuck” seeks a door for which she is emotionally the right size. It is a book of loss, in which lovers and fathers turn to ghosts and join with the winds, and also of redemption and recovery. The imagination fiercely demands to “re-member” what has been torn to pieces. Like the poet H.D., to whom she pays tribute in the beautiful first poem, Bellen displays purity, even gnosticism, of thought. The doors of passage swing both ways, into history (outward) and myth (inward), while retaining the texture of experience. Here are “transparencies before candles in a darkened room,” a negotiation of light and darkness at the very axis of consciousness. The Biblical story of Lot’s wife shows how emotionally fatal it is to gaze back at one’s disasters. The doors ahead are all open, if we will only take the courage to pass through them, charged not with regret but desire. 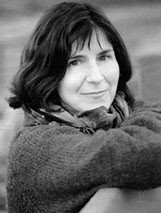 Martine Bellen is the author of six collections of poetry including the Vulnerability of Order (Copper Canyon Press); Tales Of Murasaki and Other Poems (Sun & Moon Press), which won the National Poetry Series Award; and Places People Dare Not Enter (Potes & Poets Press).  Her libretti include Ovidiana, an opera based on Ovid’s Metamorphoses (composer, Matthew Greenbaum) and AH! opera no-opera, in collaboration with composer David Rosenboom, (for more information, visit www.ah-opera.org), which made its world premiere at REDCAT in L.A. Her novella, 2X2, is published by BlazeVOX [books].  She has been a recipient of a residency at the Rockefeller Foundation Center in Bellagio, a New York Foundation for the Arts Fellowship, a Fund for Poetry grant, and the American Academy of Poets Award. Bellen is a contributing editor of the literary journal Conjunctions and is on the Belladonna* Collaborative.