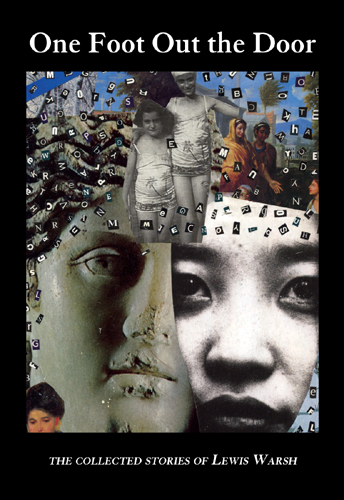 One Foot Out The Door

The Collected Stories of Lewis Warsh

What a pleasure to have all these stories by Lewis Warsh in one volume! They tend to be low-key, almost off-hand, but each with a poetic kernel that infects and defuses throughout, which makes them (though it is a critical cliché to say it this way) haunting. But that’s what they do. They haunt. That’s what the best writing does, often without excessive flashiness or even letting us know, as the narrative drifts through the material from which each is constructed, how it’s done. These are extraordinary tales.

Lewis Warsh moves through the crowded street, a reporter, pad in hand and pencil behind ear. The sentences hold the simple truths of his heart. That amidst the nearly incomprehensible violence of daily life one reality is a singular desire—love. The purity of love, the essence of love. Recalling the quiet resonance of Salinger, drawing the curtain on the horror of inhumanity, settling down on rumpled sheets, alone or in reach of salvation, Lewis reports with poet-investigator eye—that love has come to save the day.

The straight-from-the-shoulder idiom that powers Lewis Warsh’s writing is a marvel of economy. Evoking memory without nostalgia, moving the reader without sentimentality, the stories in One Foot Out The Door are lucid, formally adventurous, and emotionally complex. Like Stephen Dixon and Leonard Michaels, two other masters of plainspoken cosmopolitanism and rueful reflection, Lewis Warsh uses ordinary language as a means to an extraordinary inventiveness. 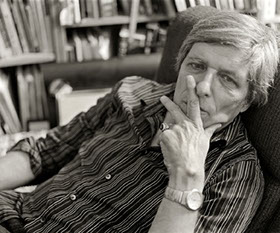 Lewis Warsh is the author of over thirty volumes of poetry, fiction and autobiography. He is coeditor of The Angel Hair Anthology and editor and publisher of United Artists Books. His fiction and poetry have appeared in numerous anthologies, including The Best American Poetry (1997, 2002, 2003) . He is recipient of grants from the National Endowment for the Arts, New York Foundation for the Arts, and The Fund for Poetry. He has also received an Editor’s Fellowship Award from the Coordinating Council of Literary Magazines, and the James Shestack prize from The American Poetry Review. Mimeo Mimeo #7 (2012) featured his poetry, fiction and collages, and a bibliography of his work as an editor and publisher. He has taught at Naropa University, The Poetry Project, SUNY Albany, and Long Island University (Brooklyn) where he was founding director of the MFA program in creative writing (2007-13) and where he currently teaches. Alien Abduction, a new book of poems, is forthcoming from Ugly Duckling Presse in 2015.