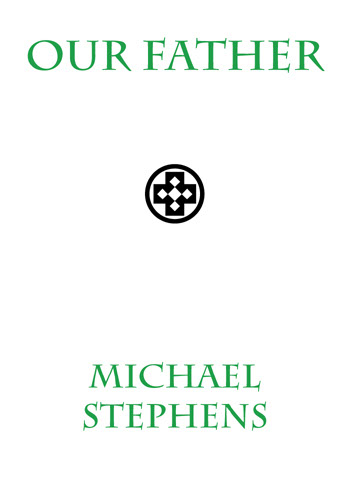 Originally ran off-broadway for five years about sons lamenting the death of their father at an Irish wake in a New York City bar.

Six brothers sit in a New York bar with their father's coffin, laughing their lament and shouting their sorrow in an increasingly anarchic manner. A relentless energy pulsates throughout the whole performance.

The script is intellectual, brilliant and irreverently caustic Each brother gives a eulogy which describes, through improbable fantasies which in any people but the Irish would be called hallucinations, how he murdered the dear departed a tour-de-force.

Stephens' writing is funny, fast and furious, using indirect speech, directly spoken, to underline the fragmentation of consciousness and memory.

In a little under an hour, Our Father gives a small glimpse, but a richly rewarding one, at the poetry and fire and emotional dichotomy of the Irish soul.

This edition of Our Father demands, once again, it be restaged for a new audience.

M.G. Stephens is the author of eighteen books, including the novels The Brooklyn Book of the Dead and Season at Coole; the play Our Father, which was revived last year in London; and the nonfiction books Lost in Seoul, Green Dreams, and Where the Sky Ends. Mick lives in London, is the director of the MA in creative writing at Kingston University in Surrey, England, and is finishing up a PhD thesis on the St. Mark's in the Bowery Poetry Project and its influences at the University of Essex in Colchester, England. His essay is drawn from that thesis. Some of his other recent work includes essays and stories in Witness, Boston Review, the Review of Contemporary Fiction and Foreign Policy. He recently completed the third novel in the Coole family saga, this new one called Kid Coole, and has been writing a book of sonnets for several years now, as well as writing a nonfiction book about living in England after 9/11, and also surviving one of the tube explosions on July 7th this year, being on  the train in front of where the Edgware Road bomb went off.