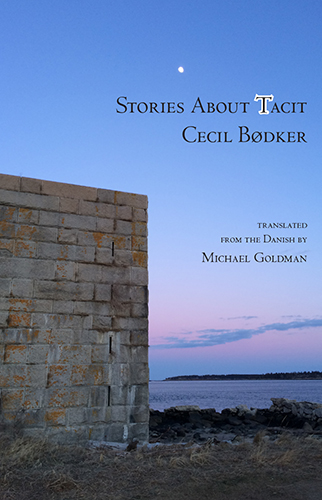 Cecil Bødker’s characters are raw and sensitive, unpredictable and universal. The young boy, Tacit, untangles secrets in mythic stories of family, love and sacrifice. Each character has refused to leave me.

New York Times bestselling author of The Center of the World

Once-in-a-lifetime storytelling with the power of Faulkner. These characters live and breathe in Michael Goldman’s expert translation.  Cecil Bødker’s prose rings with sheer humanness that connects us all.

The first words, the first lines, and we are Cecil Bødker’s captive and her fan. There is no waiting for a reward; it is there in every sentence.

...every word believable. Quite a rare achievement. The Water Farm is the ideal of fine, unassuming, story-telling craft.

Cecil Bødker (born 1927) is one of contemporary Denmark’s most highly awarded and prolific female authors. She has written 59 books including poetry, novels for children and adults, short stories and plays. Best known for her young-adult fiction books, in 1976 she received the international Hans Christian Andersen Medal for Writing for her lasting contribution to children’s literature. In 1998 she was awarded the Grand Prize of the Danish Academy, the highest honor awarded to an author in Denmark, for her body of work.

Pushcart-nominated literary translator and poet Michael Goldman taught himself Danish on a pig farm in Denmark over 30 years ago to help him win the heart of a lovely Danish girl. Over 85 of Goldman’s translations of poetry and prose have appeared in 30 literary journals such as Rattle, World Literature Today, and International Poetry Review. His other translated books include: The Dream about Farming by Knud Sørensen (Spuyten Duyvil, 2016) and Selected Poems of Benny Andersen (Norvik Press, 2017). He lives in Florence, Mass.    hammerandhorn.net