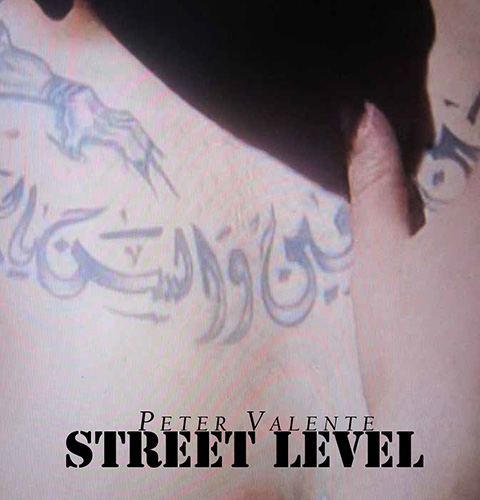 Like Weegee’s Naked City, Peter Valente’s Street Level is a record of consequences—the scars, dermal and psychic, of violence, addiction, and neglect. Unlike Weegee’s corpses, Valente's subjects are still alive, oddly eager to expose their wounds to the camera, to reveal the afflictions hidden in tattoos or under the skin. Street Level is a document of the indigent, the angry, and the despaired; the window one looks out of to check the weather or to view a murder.

Filmmaker, poet, translator, photographer, Peter Valente astonishes. No challenge can discourage him. A master of images and words, he changes the way we see the world.

Edward Foster, author of A History of the Common Scale

“I hooked up with the underworld get that out of my face.” Valente’s book/documentary is where tattoos talk to fill the voices of pained people and ghosts, where faces are stained with what had to be succumbed to, where pain IS the populous, the river polluted—this all hurts!—where we have to find a way to drink our way out anyway we can. There is something in the “story” that goes from clear to red at the edges of the pictures where vets and homeless people are screaming “Doing the best I can!” 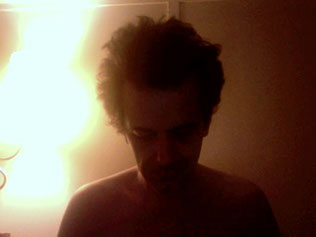 Peter Valente is the author of A Boy Asleep Under the Sun: Versions of Sandro Penna  (Punctum Books, 2014), which was nominated for a Lambda award, The Artaud Variations (Spuyten Duyvil, 2014), Let the Games Begin: Five Roman Writers (Talisman House, 2015) and the chapbook, Forge of Words a Forest (Jensen Daniels, 1998). He is the co-translator of the chapbook, Selected Late Letters of Antonin Artaud, 1945-1947 (Portable Press at Yo-Yo Labs, 2014) and has translated the work of Luis Cernuda, Nanni Balestrini, Pier Paolo Pasolini, as well as numerous ancient Greek and Latin authors. His poems and photographs have appeared or are forthcoming in journals such as Mirage #4/Periodical, First Intensity, Aufgabe, Talisman and Oyster Boy Review. In the late 1990s, he co-edited the poetry magazines Vapor/Strains and Lady Blizzard’s Batmobile and wrote articles on jazz for the Edgewater Reporter. From 2010-2013 he turned to filmmaking and has completed 60 shorts, 24 of which were screened at Anthology Film Archives.