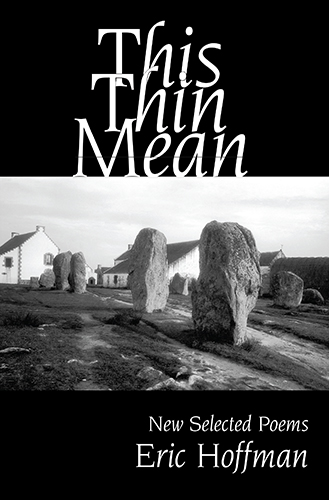 Collected in this volume of selected poems are three previous collections: Forms of Life, a powerful and stark rumination on human economy, a haunting exploration of the struggle for survival in uncertain times,  inspired by sources as diverse as Malthus and Habakkuk; The Vast Practical Engine, a lyric collage of the philosophy of pragmatism, which utilizes the cadences of William James; and Life At Braintree, drawn from the letters of John Adams and alchemized into a series of "spare poems, open to the voices of the American past, [that] wonderfully assume an unexpected richness, a wealth of saying” (Norman Finkelstein). Also included here is a gathering of recent poems and translations of a section of the Book of Isaiah, the haiku of Ozaki Hōsai, and Georg Trakl.

Eric Hoffman’s “sharp-eyed and agile” poems are “teeming with surprise” (Patrick Pritchett) and “deserve to be better and more widely-known” (Eileen Tabios). “The quality of the verse… is undeniable; there are great pleasures to be had in Hoffman’s lines” (Jason Ranek). His poetry manifests a “restless and manifold creativity” (Anthony Rudolf).

Drawing his words from a deep storehouse of tradition—the Hebrew Bible, Milton and the other great English poets, the American Pragmatist philosophers, John Adams, the discourses of science, history and law—Eric Hoffman fashions poems both of deceptively simple grace and gnomic profundity. He is not afraid to face full-on the perennial agonies of the human moral state, nor does he fail to observe the creaking of house’s timbers on a frosty night. This is an eloquent, thoughtful poetry that rewards careful reading and repeated meditation.

Pound writes open form for the first time in The Adams Cantos, immediate speed-written citations straight from pages of John Adams’ Works almost arranging themselves as lines in the epic. Eric Hoffman’s Life at Braintree, his architecture of building and collapsing triplets culled from Adams’ letters (Works, vol. 3), will further advance the radical experiment that is the serial poem including history.

There is some question as to whether the world needs another book of poems. But there is no question about whether it needs this one from Eric Hoffman: it does, and you do too. 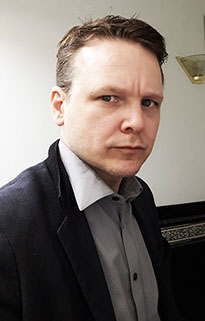