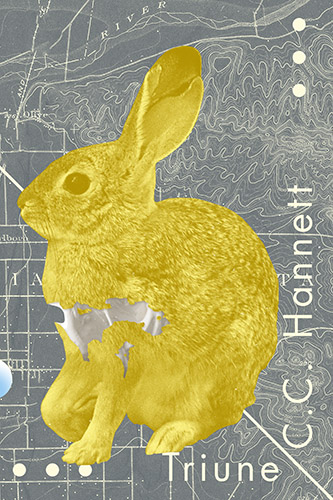 “Fractal dirge drenched in dizzying anemoia. Simulation of slowly waking from a binger to imagined fragments of fleeting victories and failures: images flitting through mind as consciousness scrambles in an absurd attempt to make story, to make harsh lucid sense out of nothingness. It’s absolutely beautiful.”

“In Triune, there is an earnest integrity that walks hand in hand with something tenebrous, infernal & semiopaque. It is a city of tombs & riddles where every exploration is meant to juggle emotional and psychological valences rather deftly but without being too loud about its own mastery. This book is generous with a staggering and abiding richness of imagination juxtaposed against a stark, Black Mirror-esque conjuration of the contemporary hyperrealities. On some plane, it is a celebration of doubt in all its amorphous profusion. There is unapologetic humor in what can best be described as the Common Weird—like glossing over photos of birds in google’s image search. Each poem moves like a poised octopus. Make what you will of that but to me it means that this book has anchored itself in two of poetry’s perennial harbors—Illusion & Presence—simultaneously and with undeniable ingenuity.”

“How can poetry be a page-turner? Yet this is, without losing any harsh seduction or strange familiarity. You don’t know what is going to happen next, but you know how you feel about it.”

“What a weird and moving phantasmagoria of sci-fi surrealism, a poetic memoir in which the author splits open his psyche and creates a beautifully realized cosmos. Hannett’s deconstruction of self is scary, messy, dangerous, and done with wit and humility. Above all, this is a work of unbridled imagination, which is rare and vital these days. It’s also a crazy fun read.” 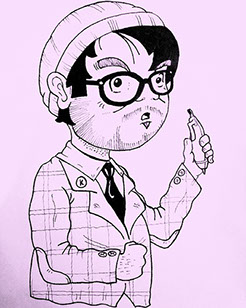 C. C. Hannett is the author of Triune + I Gave This Dream to a Color (Spuyten Duyvil). In a past-life he curated hybrid/cross-genre literary events and published chapbooks with both Shotgun Wedding and Horse Less Press. Current work has been placed with Softblow, Gimmick, Punch Drunk, and Nada. Stay tuned for his collection, SAGA ctrl.

You can reach him at