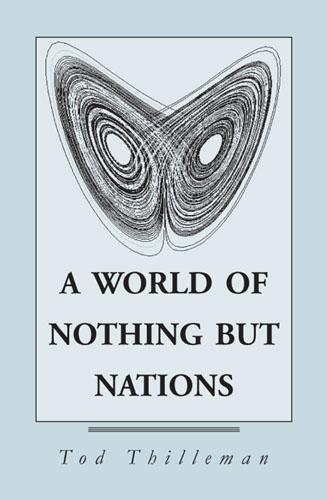 A World of Nothing But Nations

Another element of the poem not to be ignored is the departure from a cause/effect tug-of-war. Instead, there is a sustained entrance to the incontestable domain of inter-subjectivity. Inter-subjective frames situated in reality appear throughout the poem. Inter-subjectivity, of course,  is an alternative to scientific objectivity creating a conceptual unity within modernity. Technically, “inter-subjectivity” and “objectivity” have been given the same meaning, but inter-subjectivity focuses a human factor upon the possibility of unified perspective by an emotive Being.  Objectivity precludes some kind of agreement between machinery, denying the validity of the emotive character of man. In fact, this foregrounding of inter-subjectivity proposes a new world perception where understanding channels through shifting networks similar to our highly complex nervous system. It is an understanding of homeostasis as THE center to sanity as well as the poem.

T Thilleman moved to New York from the Mid-Western State of Wisconsin in the early 80s. He is the author of numerous poetry collections and the novel Gowanus Canal, Hans Knudsen. From 1991-1999 he was an editor at Poetry New York: a journal of poetry & translation.